In 1952 Hubert Hammers was trolling off the eastern shore of Shaganash Island, which is southwest of the town of Nipigon about 20 miles from our camps. He hooked into a Lake Trout over 63 pounds. It was a world record for 39 years until the record was broken in 1991. This massive Lake Trout still holds the Ontario record.

To this day massive Lake Trout are still caught and released as well as lots of good eating sizes. A few times a year guests catch Lake Trout around 30 pounds and sometimes bigger. The average size Lake Trout is around 7 pounds with them being common between 5 and 15 pounds. 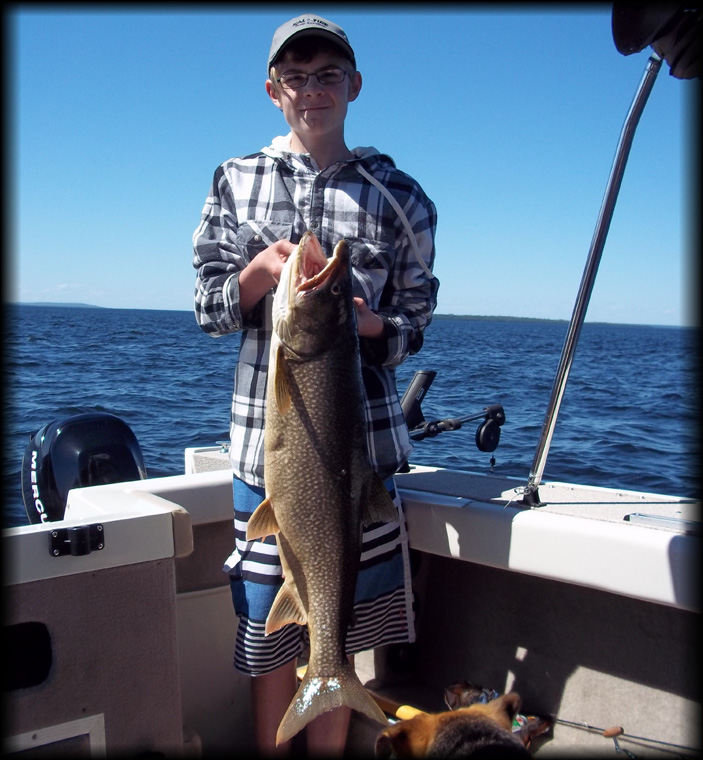 In the late 40s Sea Lampreys got into Lake Ontario via ships coming up through the St. Lawrence Seaway. The Welland canal allowed them to circumvent Niagara Falls. They slowly made their way through Lake Erie, Lake St. Clair and into Lake Huron. They almost whipped out the Lake Trout in those lakes. Fortunately before they were a major influence in Lake Superior two highly effective Lampricides were developed. Lampricides only kill Lampreys and are harmless to fish. They poured these chemicals in all the streams and rivers running into the lake to kill any Lamprey larvae. As a result the big 100 years old Lake Trout are still swimming around and ready to break the record again. 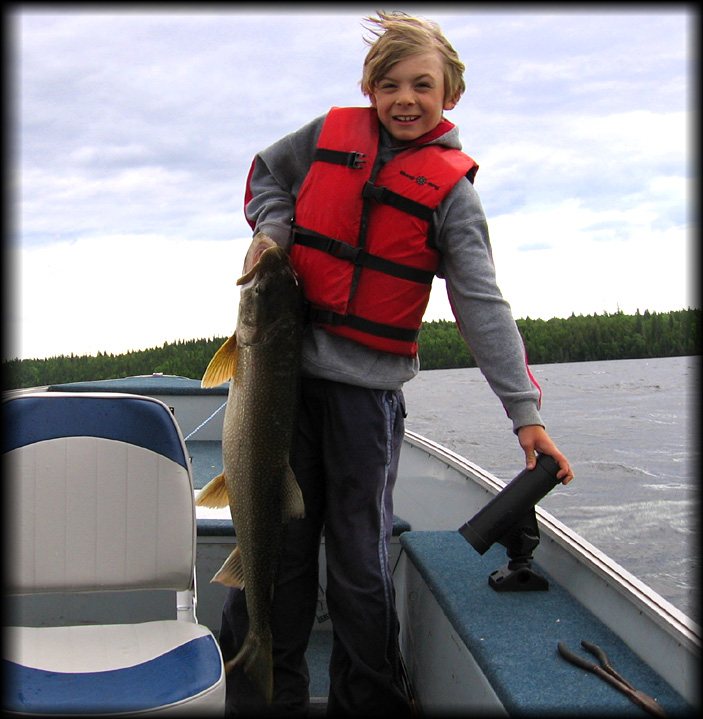 The Lake Trout out of Lake Superior are awesome for eating. They are clean and healthy with no bio-magnified chemicals like you see in the southern Great Lakes. Not only do guests have the opportunity to catch lots of Lake Trout, there is the possibility of catching a monster. You can catch a Lake Trout just as big as any you will catch in the high arctic except your fishing trip will cost 1/10th as much and you have beautiful scenery to look at instead of flat barren tundra.

The Great Lakes Fishery Commission in Ann Arbor Michigan supplied us with really interesting fact sheets on Lamprey eradication in the Great Lakes.