Many people refer to the Rainbow Trout as a Steelhead on the Great Lakes because they live in the big water and only come into the rivers to spawn. By true definition a Steelhead is a Pacific Ocean salt-water trout that spawns in fresh water. If you really want to be technical, the Rainbow Trout is not a trout. They are actually a species of salmon. Their family is the Genus Oncorhynchus, which includes Pink, Sockeye, Chum, Chinook, and Coho Salmon.

They have a flat tail, spawn in the spring and don’t die when they spawn, which is why most people consider them a trout. Their taste is half way between a salmon and a trout, which is why they are the most popular trout to eat. They were first stocked in the Great Lakes on the American side in the Aux Sables River in 1874 (Not to be confused with the Aux Sable River in Ontario). Then in 1890 they were stocked in the Nottawasaga River on the Canadian side. The first ever Rainbow Trout to be caught on the Great Lakes was off Manitoulin Island in 1904. It weight 4 pounds. They are indigenous to the Pacific Ocean. 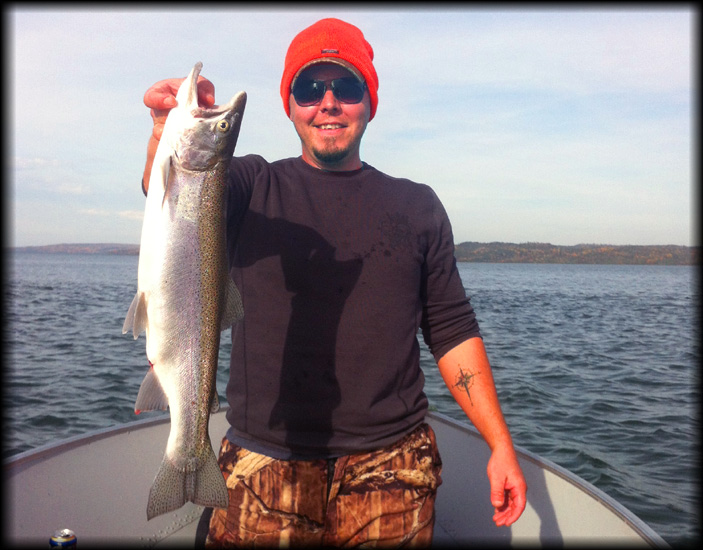 Whether you want to call them Steelhead or Rainbows makes no difference. It’s their legendary fight and air-born acrobatics that make them one of the most popular trout in North America. As soon as they hit your lure they are ripping line off your reel. Sometimes they try taking off into deeper water and other times they come right to the surface and come flying out of the water.

Lake Superior has an extremely high population of Rainbow Trout and their greatest concentrations are found around the north shore islands and along the shore. The reason there are so many Rainbow Trout in the area is because they go up the Nipigon River in the spring to spawn. When finished spawning, they come back into the lake. Because of the diverse structure created by the islands, massive schools of baitfish swarm all through the area so the trout never have to leave to find food. In the fall the bows go back up river to feed on salmon eggs. The Rainbow Trout are always here and in great numbers. 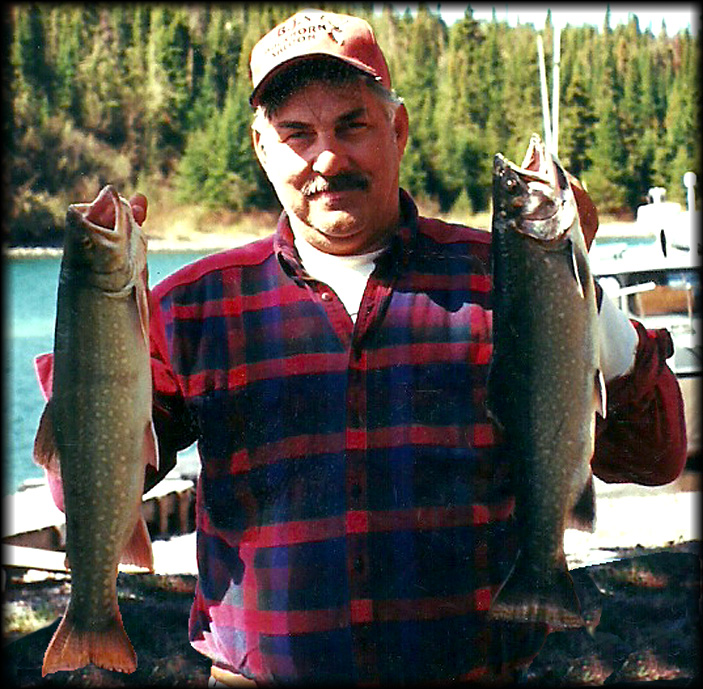 When you are fishing the big water you just never know what you are going to catch. You might be targeting Rainbow Trout but mixed in with them are salmon and Lake Trout. Rainbow trout average around 7 pounds but bows up to 20 pounds have been caught in the area. Rainbow Trout over 15 pounds are not common but do get caught. In the spring the trout are shallow. In the summer they can be found where-ever there are massive schools of Lake Herring. We have charter boats, which are fully equipped for going after the schools of trout that are down deep. With deep running lures or back-trolling with a 3-way swivel rig you can get the trout that are shallower. In the summer time you can still catch Rainbow Trout along the shore in fairly shallow water. Lake Superior is cold so the trout don’t really need to go deeper than 35 feet in the summer. They still come up into the shallows on feeding raids.

If you want to target Rainbow Trout just tell us and we will give you information on lures and depths based on the time of year that you have your fishing vacation. 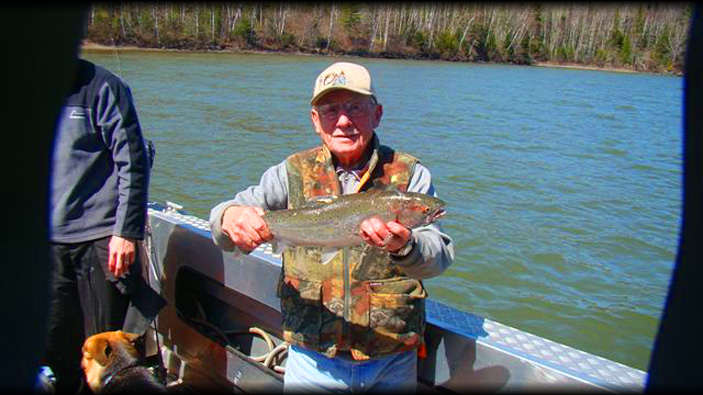 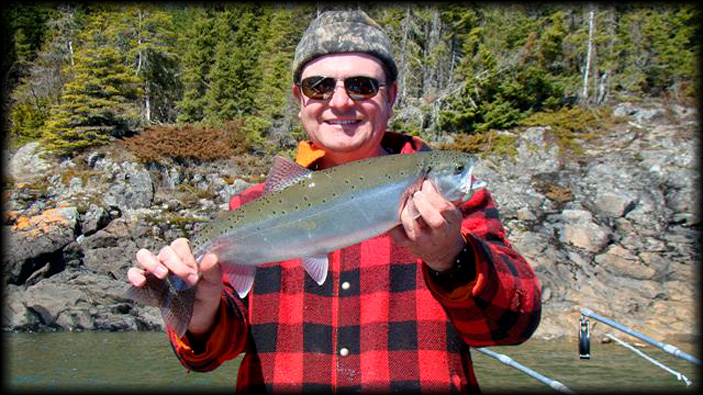