The north shore of Lake Superior has one of the highest Moose population densities in Canada. Because of this North Superior Charters receives more adult non-resident Moose tags than other camps can only dream of. This coming year we will have six Bull Moose tags for rifle and four Cow Moose tags for rifle. In our region we are allowed to split one rifle tag into two archery tags.

We are located just west of the Keyamawun Mountains, which are the highest ridge of peaks along the north shore of Lake Superior and part of the Algoma Highlands. The elevation starts to climb west of Wawa and then comes back down into the foothills in the Nipigon area. The whole western side of the mountains contains great populations of Moose and in the fall the Moose migrate to the north shore of the lake. It’s not known for certain why the Moose come down to the lake. Some think Moose can hear each other better when they call for each other. The important thing is our WMU is there and our hunting guests have an extremely good chance of getting a Moose.

Moose in the area are typical size for Ontario. The cows are common in the 650 to 900 pound range. The bulls are common in the 800 to 1200 range. There is plenty of bigger Bull Moose in the 1300 to 1400 pound range and once in a while they can top 1500 pounds. The Moose in Ontario are a genetic mixture of the Eastern Moose and the Alaskan Moose. Even though Moose in Ontario are smaller than the Alaskan Moose, there are documented animals that have been pushing the 2000 pound mark. We don’t want you to ever think you are going to see a monster like that.
A high success rate combined with comfortable accommodations and great fall fishing is why our Moose tags get reserved quickly. 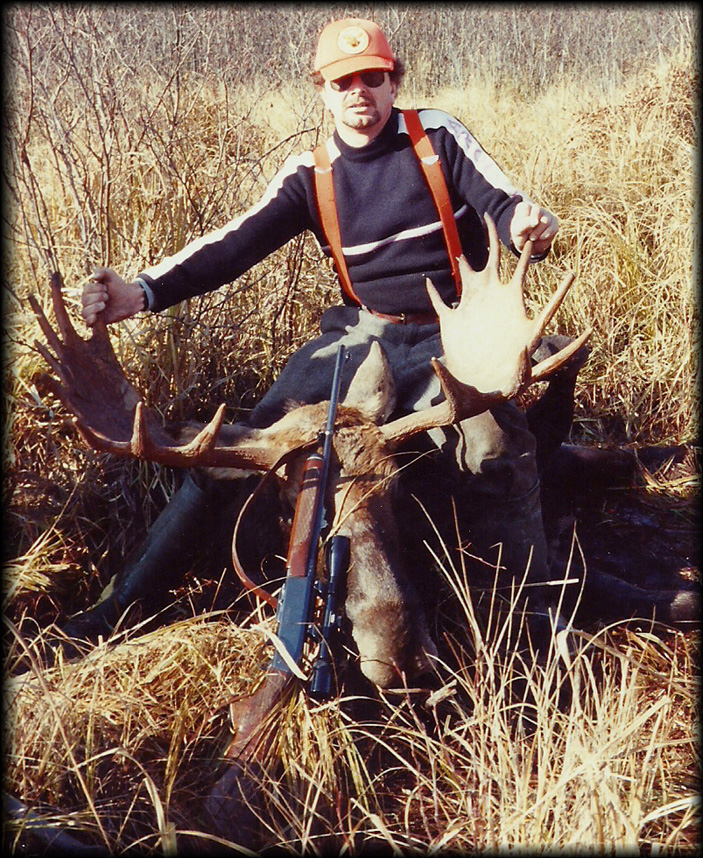